It’s International Women’s Day – a day for celebrating the achievements of women and raising awareness of the many inequalities still faced by women and girls across the world.

It’s #InternationalWomensDay2022 tomorrow. I wish to dedicate it to every woman across the globe. And particularly, to shine a spotlight on the women of Ukraine. Those who have stayed to fight, those who are saving their children, and those making harrowing journeys to safety. pic.twitter.com/HD6lYEsZ9F

Although, it seems it’s also a day for men to complain that there isn’t an International Men’s Day, even though there is.

Happy #InternationalWomensDay to all the incredible women I admire on Twitter (and there are lots), here’s to us. pic.twitter.com/nDMmbdpct7

In honor of the day, we’ve picked ten amazing women who have achieved something noteworthy – one for each of the last ten decades, though some are still making great strides in their field.

You may not recognise them all, but they all deserve to be recognised.

Even people who have no idea who Mexican artist Frida Kahlo was probably recognise her image. She painted 55 self-portraits, featuring her iconic monobrow, not shying away from depicting the disabled she lived with as a result of contracting polio as a child.

In 1939, her painting The Frame was bought by the Louvre, making Frida the first contemporary Mexican artist whose work was exhibited in such a prestigious international gallery.

If you’re a fan of films from the Golden Age of Hollywood, you’ll probably be familiar with Hedy Lamarr, the Austrian-born star of Cecil B. DeMille’s Samson and Delilah.

What fewer people realise is that Hedy Lamarr was also an inventor. Her creations ranged from an unsuccessful carbonated drink in tablet form, which would be activated in water, to the signal-hopping technology that evolved into Wi-fi, Bluetooth and GPS.

The next time you’re lost and you fall back on Google Maps – you’ll know who to thank. 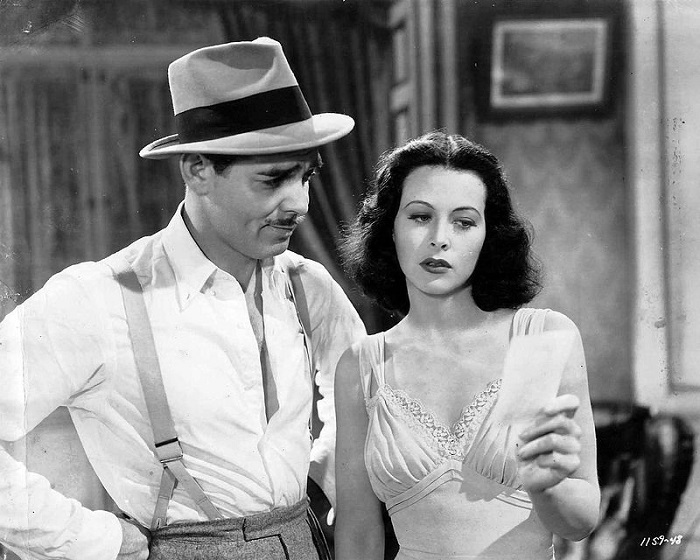 South African pilot, Jackie Moggridge, is far from a household name, but her achievements in flying make her a true pioneer of women’s aviation.

After serving in the Women’s Auxiliary Air Force, she was awarded the King’s Commendation for Valuable Services and gained her RAF wings – only the second woman to achieve this.

It’s for another achievement that we thought she deserved to make this list. In 1958, she applied for a job as an airline pilot, relying on her name and the fact that she hadn’t specified her gender, to help her break the glass ceiling of the flying world.

She got the job, becoming the world’s first female passenger airline pilot. 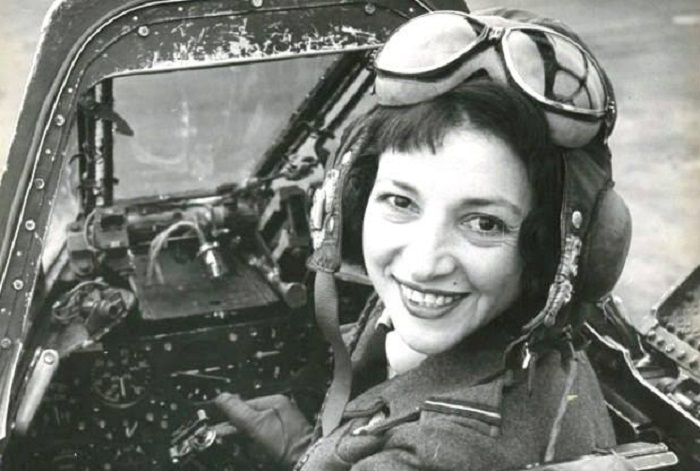 Computer scientist and systems engineer Margaret Hamilton was one of the first people to use the term that described much of what she did – software engineering.

As the director of MIT Instrumentation Laboratory’s Software Engineering Division, she played a large part in the development of the software that put the first humans on the Moon via Apollo 11 in 1969.

The image of Margaret standing next to the print-out of the Apollo 11 software she and her team had produced is one of the most iconic in the history of women in STEM. 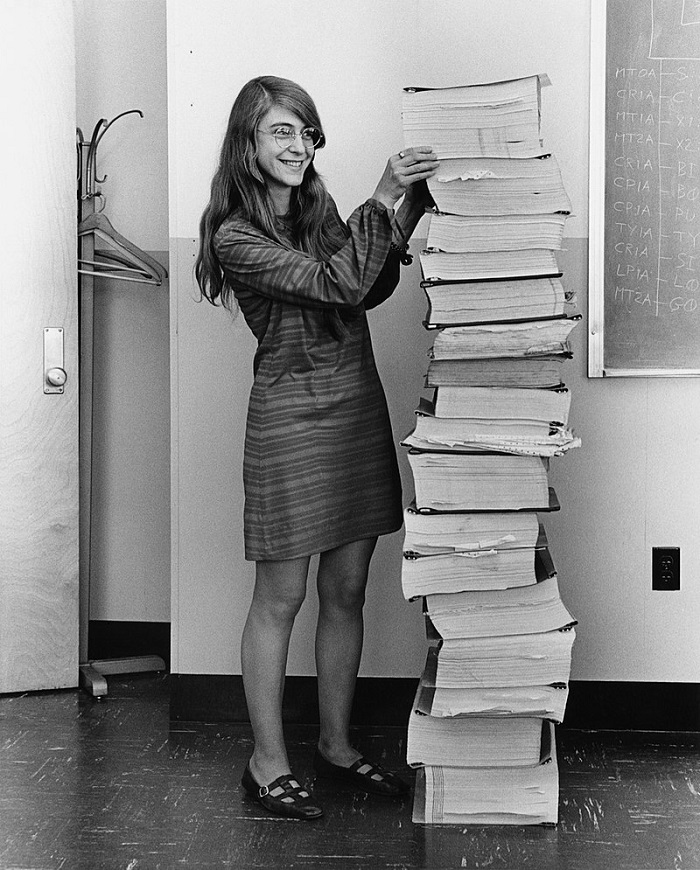 When Japanese mountaineer Junko Tabei approached people and companies to find sponsorship for the Japanese Women’s Everest Expedition, of which she was a member, she was told many times that women should be taking care of their children – not climbing mountains.

She ignored the misogyny and pressed ahead with the expedition. On the 16th of May 1975, she became the first woman to reach the summit of Everest.

One of the best arguments ever for not listening to bigots. 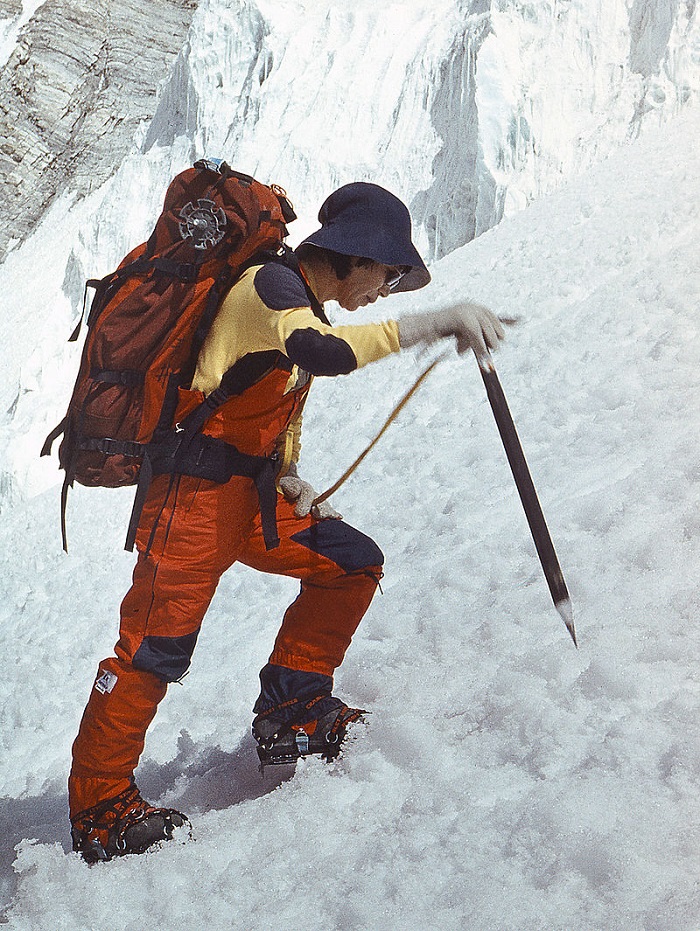 Everybody knows Aretha from her smash hits – Respect, You Make Me Feel Like a Natural Woman and I Say a Little Prayer, amongst many, many others.

What people may not realise is that she taught herself to sing and play the piano entirely by ear, as she couldn’t read the music. It clearly never held her back, as she won 18 Grammys, had 20 Billboard Hot 100 number ones and received several national honors, including the Presidential Medal of Freedom.

In 1987, she became the first female artist to be induced into the Rock & Roll Hall of Fame. 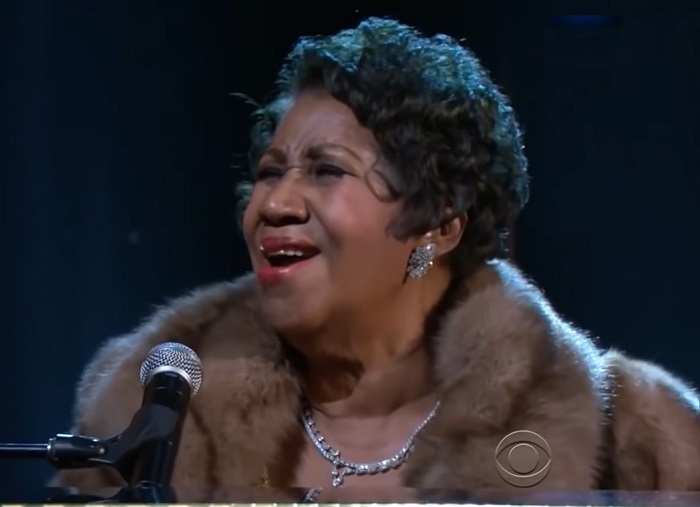 Betty Boothroyd – Speaker of the House of Commons

Betty, now Baroness, Boothroyd was elected to the position of Speaker of the House of Commons in 1997 and remains the only woman to have achieved that honor.

Before entering the dramatic world of politics, Yorkshire lass Betty was a dancer, working as one of the iconic Tiller Girls for six years, but it was as the Labor MP for West Bromwich that she gained her reputation for brutal honesty which undoubtedly helped her as Speaker.

Now a crossbench peer in the House of Lords, Baroness Boothroyd has lost none of her bite. Here she is in 2020, arguing for a follow-up referendum on Brexit.

Any woman who says she wouldn’t trust Boris Johnson to run a bath must know what she’s talking about.

When Dr. Shirley Thompson composed and conducted her symphony, New Nation Rising, A 21st Century Symphony In 2004, it was the first time a woman had done both in almost half a century. The London-born composer, violinist and academic has a broad and impressive CV that includes operas, ballet and music for films and TV, to name just a few.

Amongst her many honors is the OBE she received in 2019 for services to music. 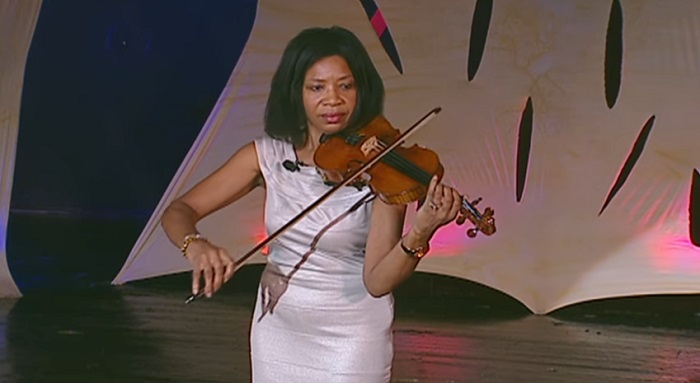 The women drivers of Saudi Arabia

In the summer of 2011, a group of women in Saudi Arabia began to drive, in contravention of the country’s laws – accepting the risk of arrest every time they got behind the wheel.

Through a campaign organized via social media, which gained attention in international mainstream media, authorities softened their approach, sometimes issuing tickets to women drivers instead of arresting them. It would be another seven years before the law changed, finally making it legal for the women of Saudi Arabia to drive. 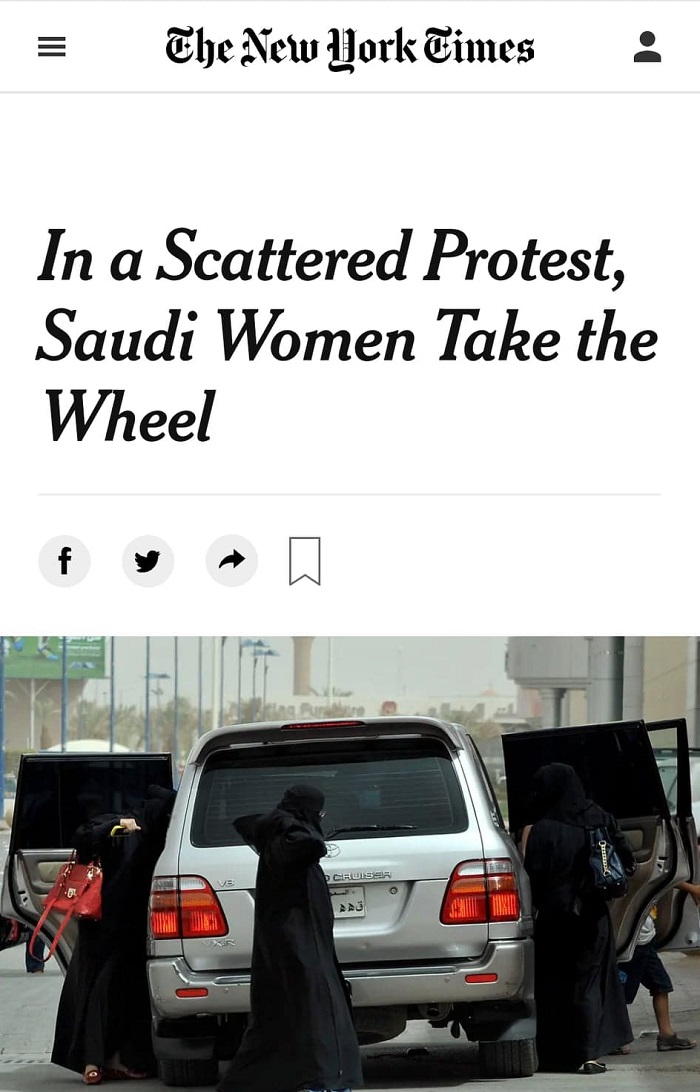 As of January 2022, Saudi women are allowed to drive taxis.

After Donald Trump stopped Hillary Clinton from becoming America’s first female president, the country didn’t have long to wait for a milestone in women’s history when Joe Biden’s running mate, Senator Kamala Harris of California, became the first female Vice-president of the USA .

We did it, @JoeBiden. pic.twitter.com/oCgeylsjB4

In fact, Kamala Harris is also the first vice-president of African-American and Asian-American heritage. There’s still time for her to do what Hillary Clinton couldn’t quite achieve – because of her emails. 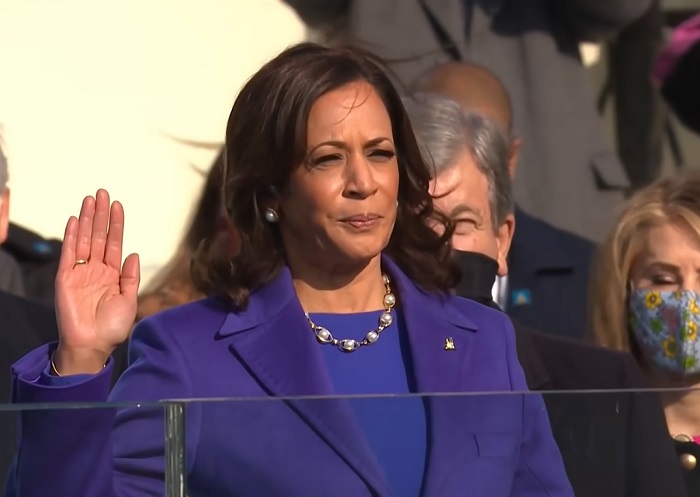 On International Women’s Day, remember that the world is full of amazing women, and it benefits us all to raise them up, not drag them down.